I was a high school dropout.

My mother said typing and shorthand would get me a long way. It was the sixties, so she enrolled me in Secretarial College. I had dropped out of High School at 15 impatient to start living, to earn money and leave home.

As things turned out, still a teenager, I got married. Then came three babies in four years. The only writing I did was in my journal and a daily dream diary. When our youngest child began kindy I started looking for a job. A friend told me it was possible to get part-time work at the Australian Broadcasting Corporation. I’d always been a rusted-on ABC fan, and Gore Hill was close to where we lived in Lane Cove. It took 14 months of perseverance, of going back and back and back to the Personnel Department to finally get a placement. I was hired as a casual, replacing “on-staff” part-time typists when they went on holidays. So my mother was right about the typing after all.

My first assignment was to work in the “Four Corners” office typing up transcripts of interviews. When I saw Caroline Jones pouring herself a cup of tea at the morning tea trolley, her face so familiar from seeing her on television, I thought she was an old friend for a moment. 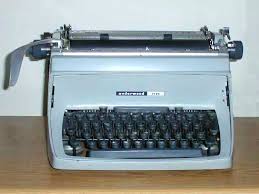 Three months later I was promoted to Full Time Typist. Transcribing sound tapes was a horrible job, and to make matters worse, I was good at it. Fast and accurate. But I learned something: there were employment opportunities at the ABC at that time. And so, after twelve months, I was promoted again, this time to Producer’s Assistant.  Producers Assistants were also Directors Assistants, a fancy name for dog’s body. “An engine room person” is how my father described it. But I was extremely happy to be there. This was not a bad job for a High School Drop Out.

I loved being part of it all at the ABC although, in those days, it did seem that half the staff was drunk. I travelled with film crews all over Australia and was privileged to meet some extraordinary people. I worked there for eleven years.

I realised I was probably never going to be promoted to Producer or Director. Mind you, if I ever had been, I have no reason to believe I would have been any good at it. So I became Principal of my own Public Relations company, specialising in health, sport and leisure. I was passionate about healthy lifestyle. I registered a Pty Ltd company name, had business cards printed and set up a home office. I had spent half my life wanting to be a writer and now I was having a go at it. I got my first client, the Bicycle Institute of New South Wales a positive story on the front page of the Sydney Morning Herald in my first week.

But then, in 1993 Australia was in recession and I lost my retainer clients. Not wanting to lose face and close the business, I tipped my adult children out of the nest, joined Youth Hostels, threw on a backpack and headed off to Europe for two years of adventuring. There could be a book in this, I thought to myself.

It wasn’t until I was in my forties, a single mum with three grownup children, that I finally put pen to paper to write a book. The journey became “Life Without A Perm”. But after 4 years I couldn’t get the manuscript to a publishable standard, so I enrolled in an MA in Professional Writing at the University of Technology, Sydney. In 2001 the synopsis, “Around the World in Fifty Steps” was my first published story in Overland. By then, I had completed three degrees.

I went on to dedicate myself to short stories because that was what I did best. After all, Alice Munro stayed with the short form, and, in 2013, won the Nobel prize for literature.

Thirty more of my short stories were published over the next 15 years. Three book-length novel-in-stories completed. Two Emerging Writers Grants awarded from the Literature Board of the Australia Council. But no book publication.

Then, in 2015, after 20 years of trying to get a book accepted, Ginninderra Press, a small, but prestigious Australian publisher, accepted “My Year With Sammy”. The manuscript had been shortlisted in the UK’s 2014 Mslexia Competition, and Seizure’s 2015 Viva La Novella Competition.

In January 2016 “My Year With Sammy” was named Pick of the Week in Spectrum Books, Sydney Morning Herald, The Canberra Times and The Melbourne Age as well as being awarded the Society of Women Writers’ Fiction book award 2016.

The moral of this story is, all it takes to become the only thing worth being, a writer, is perseverance, dedication and hard work.